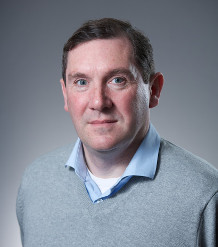 Stuart joined the Business School in 2012 as a Practitioner Research Fellow following an industrial career in telecom and finance.  He completed his PhD in 2017 and managed the Exeter MBA until 2019.  He is now Associate Dean and a member of the College Executive Group with responsibility for Professional Education (MBA and Executive Education).

He originally studied engineering and had a 20 year career with BT in marketing and product management roles.  In 1998 he completed an Executive MBA at London Business School.  Subsequently he spent 10 years in the Netherlands working for Telfort,  a mobile telecom business, here he was initially financial controller and then managed large teams in billing, IT and network technology.  During this period he formed an interest in the mechanics and consequences of outsourcing, a topic which eventually formed the basis of his PhD.  In 2007 Stuart returned to the UK where he took up a role as senior research analyst for Alliance Bernstein, an international asset management firm.  At Bernstein he was responsible for European investments and holdings in telecom, media and technology stocks a role which required him to become familiar with many of the larger listed firms operating in these sectors as well as the competitive and regulatory issues that drive the industry.

How are the innovative and change management abilities of organisations affected by their decisions to outsource functions with significant knowledge content.