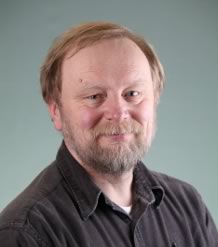 After studying biological science at university Martin joined the Inland Revenue (now HM Revenue & Customs) as a trainee Inspector of Taxes.  After completing his training he left the Revenue and joined the tax department of Ernst Young, before moving to become a manager with KPMG.  Having taken on some training responsibilities whilst working for Ernst Young and KPMG he next moved to full-time teaching, specialising in tax - on academic and professional accounting and tax courses offered by Thames Valley University.  Following this he moved into join the in-house editorial staff at CCH - a major UK provider of specialist business publications - where he was responsible for providing commentary and content for a number of tax-related publications (British Tax Reporter, British Tax Guide and the British Tax Legislation series).  In 2001, whilst working for CCH Martin, began to teach on the Department of Accounting's module 'BEA2002 Taxation'. In 2006 he rejoined the tax consultancy profession, working part-time for Francis Clark, Chartered Accountants (winners of the 'Best General Tax Practice' award 2009).