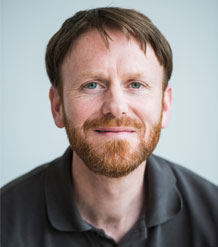 Jack Rogers is a Senior Lecturer (Education and Scholarship) in Economics, with a research background in Applied Macroeconomics. After obtaining an honours degree at Exeter, he went on to work as an Economist in the Northern Ireland Civil Service (NICS) for two years. Later, NICS awarded him a scholarship to study for an MSc in Economics, bringing him back ‘home‘ to Exeter, and this in turn led to a Graduate Teaching Assistant Scholarship. Since then, he has supported teaching on a range of modules including Statistics, Econometrics, Mathematics for Economists, and Macroeconomics. His PhD was supervised by Professor Simon Wren-Lewis and Professor Tatiana Kirsanova.

Jack’s research is being developed in three areas.

The first is a standard methodological approach to exploring the question of how the balance of variable rate and fixed rate mortgages affects monetary policy. The UK Government has tended to encourage the availability of fixed rates, while in the US, policy makers (see Alan Gree nspan‘s speech in 2004) and academics have often suggested the opposite. This naturally raises the question, for any particular macroeconomic structure, is there an optimal proportion of fixed versus variable rate contracts? This paper with Professor Kirsanova explores this within a DSGE model with borrowing constrained households, variable collateral constraints, and banks that intermediate loans at both fixed and variable rates.

The second area is an empircal investigation into the relationship between the Bank of England policy rate, and its transmission to high street mortgage rates in the wider UK economy. A specific time series methodology (a single equation error correction model, or SEECM) is used to document the dynamic relationship between various wholesale interest rates and equivalent mortgage rates of the same maturity. This analysis includes a detailed examination of how these relationships have changed since the onset of the financial crisis.

Jack is also currently developing a large online macroeconomic environment where students can interact with each other anywhere, any time. In its basic form, this environment is quite simple (see basic instructions of an early version here), but by bringing together large numbers of real people in real time, it is a place where potentially complex and interesting questions about macroeconomic modeling can be explored, both from mainstream, and more alternative perspectives of how the economy works in practice.

Jack’s main teaching interest is in Macroeconomics, although he has at various times been involved in teaching a very wide range of modules within the Economics department generally. His main aim is to explore how the subject can be made more accessible by using experiential learning that includes an appreciation for its historical and current evolution.

Why is Macroeconomics interesting to teach? There are many reasons, but perhaps one of the most important is an idea articulated by Aristotle that ‘the whole is greater than the sum of its parts’, and more recently, one of the founders of Macroeconomics as a discipline, John Maynard Keynes wrote:

‘There might well be quite different laws for wholes of different degrees of complexity, and laws of connection between complexes which could not be stated in terms of laws connecting individual parts. In this case natural law would be organic and not, as it is generally supposed, atomic.’

In other words, whilst the balance of academic intellectual effort may be weighed down by ideas from microeconomics, the moment we combine mathematical approaches with broader historical, evolutionary, psychological and sociological contexts, we quickly become immersed in a more complex, and arguably more fascinating world.