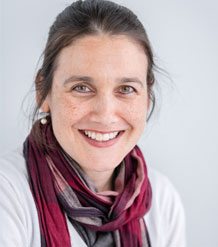 Debbie graduated with a DCom from Nelson Mandela Metropolitan University in 2013. Before joining the University of Exeter Business School (UEBS) in 2017, Debbie lectured at the Nelson Mandela Metropolitan University (formally the University of Port Elizabeth) in Port Elizabeth, South Africa for 15 years. During that time, she was involved in consultation work conducted on behalf of the Human Sciences Research Council, the Office of the Presidency (Pretoria), and the Water Research Commission. Her fields of research interest include feminism in the South African labour market, the non-market valuation of certain recreational aspects of natural resources, and estimating public preferences for the conservation and management of threatened wildlife species.

In recognition of her efforts, she was presented with the Faculty of Business and Economic Sciences’ ‘Emerging Researcher of the Year’ award in 2012.

Debbie is particularly interested in the application of non-market valuation techniques to the areas of wildlife conservation, natural resource management and recreation benefit estimation. She also aims to extend her research into issues currently facing the higher education sector in the UK.

Debbie has been a lecturer for 15 years and thus has an extensive background in the development, maintenance and improvement of mainstream economic modules.