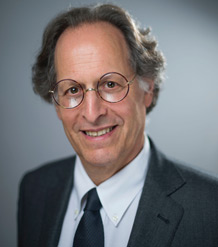 During his time at Surrey, David was Chair of the Executive Group of Surrey International Institute – DUFE, and had oversight for the University’s campus in Dalian, China, a joint academic partnership with Dongbei University of Finance and Economics.

David holds a BA in Political Science from Syracuse University, an MFA in Creative Writing (Fiction) from the Iowa Writers’ Workshop, an MBA in Finance from New York University, and a PhD in American Studies from the University of Iowa.

Amongst his academic honours, David has been a Fulbright Lecturer and was named in Business Week’s 100 top Business School Professors; in 2003 he won the EFMD Case Writing Award for ‘Xbox: It’s Time to Play’. He was a Teaching-writing Fellow at the Iowa Writer’s Workshop, and a Resident Filmmaker at the Sundance Film Institute. From 2007 – 2009, he was the author of the widely-read blog, ‘Strategy Op-Ed’.

As an entrepreneur, David has operated a trading company, and founded a banking consulting company and a film company, producing in 2000 the Spanish feature film ‘Zapping’ starring Paz Vega and Eduard Fernández. He also held executive posts in the construction and publishing industries. As a consultant and advisor, David has worked for numerous multinational firms including Banco Santander, Diageo, Pfizer, Deutsche Telecom, Telefonica, La Caixa, Eli Lilly, and Amadeus.