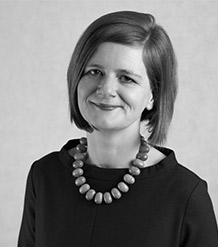 Prior to joining the School in 2019, Ciara was Chief Executive of Libraries Unlimited, the charity that runs library services across Devon and Torbay.  Since leaving Libraries Unlimited, Ciara has been working with the Executive Group of Tate Galleries on a consultancy basis, shaping and leading a major programme of organisational development and change.  In addition, Ciara was also awarded an Automation Fellowship with the South West Creative Technology Network in May 2019.  Her Fellowship is focused on exploring whether the senior leaders of charities and cultural organisations understand the potential of Artificial Intelligence and robotics to transform their organisations and increase their social impact.

Whilst at Libraries Unlimited, Ciara worked closely with academic colleagues from the Business School on the ‘Unlimited Value’ research project (funded by Arts Council England), which focused on the social and financial value of libraries.

Ciara was one of the first cohort of Fellows of the prestigious Clore Leadership Programme in 2004/5 and, since then, has held a number of national and regional leadership roles.  From 2014-16, she led the Society of Chief Librarians nationally as President and worked closely with Government departments and key funders to build the profile of public libraries.

She was awarded an OBE for services to libraries in 2017 and was awarded an honorary doctorate from the University of Sheffield in January 2019.  She sits on the National Council for Arts Council England.

Her TEDx talk on libraries is now featured on the TED.com platform.