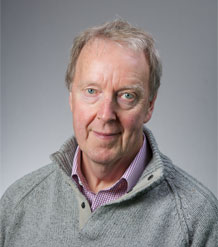 Dr Young joined the Business School in 2009 when he taught Advertising and Consumer Psychology and Children and Youth Markets.

His first research interests emerged at the University of Edinburgh where he was a member of a research team that looked at language and thinking in children and how these developed during the pre-school period. He obtained his PhD in Hong Kong in Chinese-English bilingualism and developed interests in cross-cultural psychology and how different value systems and languages can frame and influence our thoughts, feelings and behaviour.

At the University of Salford he worked in a Department of Sociology, Anthropology and Psychology teaching and researching in media psychology including advertising and wrote Television Advertising and Children published by Oxford University Press in 1990.

Brian arrived at the University of Exeter in 1989 and was a member of the economic and social psychology research group in the Department of Psychology until 2007. He has also been Editor of Young Consumers; a quarterly journal published by Emerald, since 2006 and is a member of the Editorial Advisory Boards of several journals including the International Journal of Advertising.  He has authored and co-authored five books and published over 80 research papers, reports and book chapters.

Consumer psychology is not an unknown subject in Business Schools but linking it with commercial communications as is done at Exeter brings a very different flavour to the topic.  Here we are dealing with how people understand and use commercial communications in their everyday lives as consumers.  It is vital to have a systematic understanding of both advertising and consumer research in order to generate consumer insights in business.  Examples of advertising will be discussed in class and students will be encouraged to contribute and deliver presentations.

I am interested in children and the commercial world and children and youth markets is a rapidly developing sector that provides unique opportunities as well as ethical and socially responsible issues for the aware and concerned marketer.  It will provide you with a niche speciality that is in great demand as well as an understanding of how the minds of children work.