“I was able to take German language courses and take part in a summer academy, as well as just speaking German at some point each day, which really helped me to improve.” 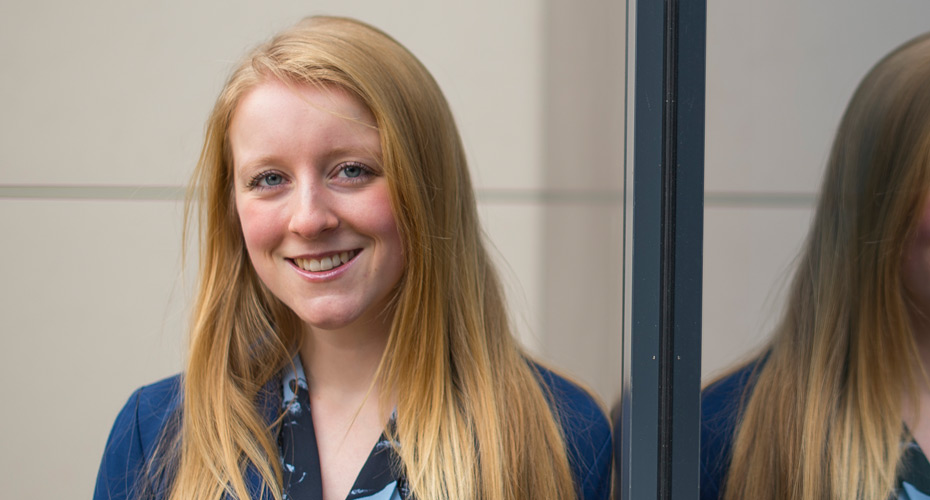 BSc Accounting and Finance with European Study with Proficiency in German

Lizzie has already been offered a graduate job and believes her year studying abroad in Germany was key to this.

“After doing some work experience in an accountancy firm when I was 17, I decided that I wanted my degree to be based in accounting. I like the fact that Exeter has allowed me to tailor my degree to what I want, allowing me to learn German and study abroad. I had always wanted to experience living abroad and this gave me an excellent opportunity to do that.

I spent the year at Mannheim University, which is a top institution in Germany for Business. I chose to study Business Administration as there were some excellent courses on offer that were not run at Exeter, such as social media marketing. It was good to study other aspects of Business that I don’t study in my degree at Exeter and I feel like I now have a much wider knowledge of business.

Studying in Germany was a great choice for me because I wanted to improve my German. I was able to take German language courses and take part in a summer academy, as well as just speaking German at some point each day, which really helped me to improve. I also believe that studying abroad will help me in my final year because I have learnt new ways to study and discovered how I study well.

The best thing about my study abroad year has been meeting people and making friends from all over the world and learning about their cultures. Mannheim was very central in Europe, so it was easy to get away for the weekend to discover new places, including Paris, Prague, Berlin, Munich, Lisbon and Copenhagen. I spent Easter at my friend’s summer house in Finland which was in the countryside and absolutely beautiful.

As well as this, we had 6 weeks off after Christmas, which gave me the opportunity to visit my boyfriend, also an Exeter student on his year abroad, in New Zealand. I had the most fantastic month out there. We went bungee jumping, sky diving, white-water rafting, whale watching and, my personal highlight, found a wild penguin on a beach. If I hadn’t chosen to study abroad, I would never have had that time off to visit New Zealand in their summer time.

I have already secured a graduate job with EY after doing a summer internship with them. During my interviews I really emphasised the time I spent in Germany with people from a variety of cultures and backgrounds. The final interviewer said to me 'we can teach anyone to do the work, what we’re looking for is someone who can talk to all sorts of people.' The fact that I had studied abroad and put myself out there to talk to different people showed that I was what they were looking for.”