“One of the best outcomes of my year abroad is that my self-confidence has skyrocketed. Pushing myself outside of my comfort zone and moving to Hong Kong were key to this.” 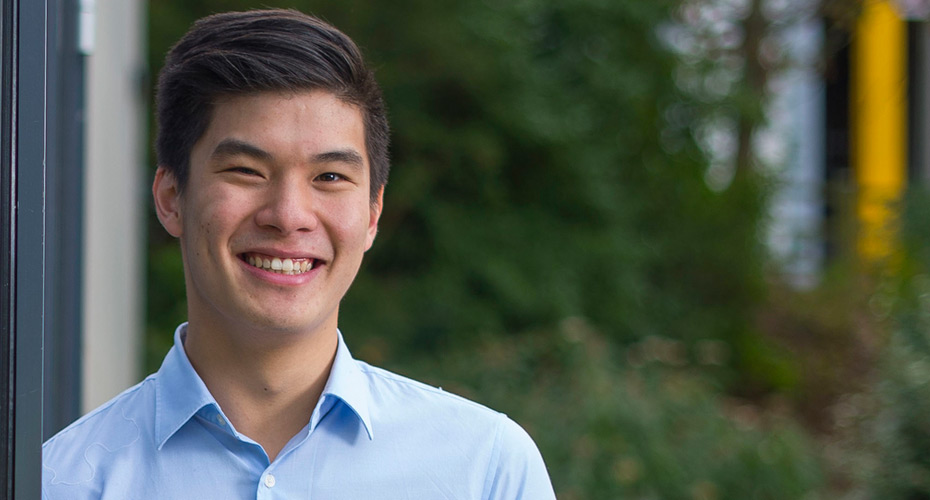 Having chosen to study at Exeter for the option to study abroad, Jacky spent a year at the University of Hong Kong.

“The option to take an international study year was a no-brainer for me and was one of the main reasons I chose to study at Exeter. Exploring the world, meeting new people and getting to know different cultures have always been dreams of mine.

From the start, I was set on going to the University of Hong Kong. I had previously visited Hong Kong on holiday and I was instantly hooked by the unique East meets West culture, the urban hustle and the towering skyscrapers surrounding you at every step. In addition, studying at the prestigious University of Hong Kong would be a huge bonus for my CV.

During my time at the University of Hong Kong, I decided to focus on subject areas that I had had little exposure to in my Economics degree so far. This included taking Accounting modules as well as courses which aren’t available at Exeter, such as Foreign Trade and Investment in China and the Economic history of China. The rise of China in recent times has been a large area of interest for me and HKU provided an unparalleled opportunity to study the subject, both as a world-class University and also by location situated on the doorstep of China.

Studying at HKU was definitely a challenge. The global reputation of the university was matched by the workload. I was expected to take five modules per term, rather than the four I was used to back in Exeter. Despite the increased workload, I learnt to manage my time to allow for both studying and exploring Asia. This is the most crucial thing that will help me in my final year as studies take first priority and I must juggle multiple responsibilities around time spent with textbooks.

Without a doubt the best thing about my time abroad was the people. This does not only include the students and lecturers, who came from an amazingly diverse range of backgrounds, but also the people I met while travelling around Asia in my spare time. I now have friends spanning across the world, including Hong Kong, Australia, Canada, the USA, Taiwan and Korea.

Another great outcome of my year abroad is that my self-confidence has skyrocketed. Pushing myself outside of my comfort zone and moving to Hong Kong were key to this. Living in a completely different country, especially such a busy area with an entirely different language, really tested my limits and adaptability. The lessons I’ve learnt from doing so could not have been accomplished without my year abroad.

The skills obtained through study abroad are always desirable for employers. Soft skills such as intercultural and interpersonal skills are naturally developed through living abroad. Besides this, adaptability to a new environment and language skills are top desirable traits in graduates today. The skills I’ve developed in my year abroad are without a doubt going to help me in my career going forward.”