"What drew me to The Exeter MBA was the focus on the circular economy, innovation and entrepreneurship." 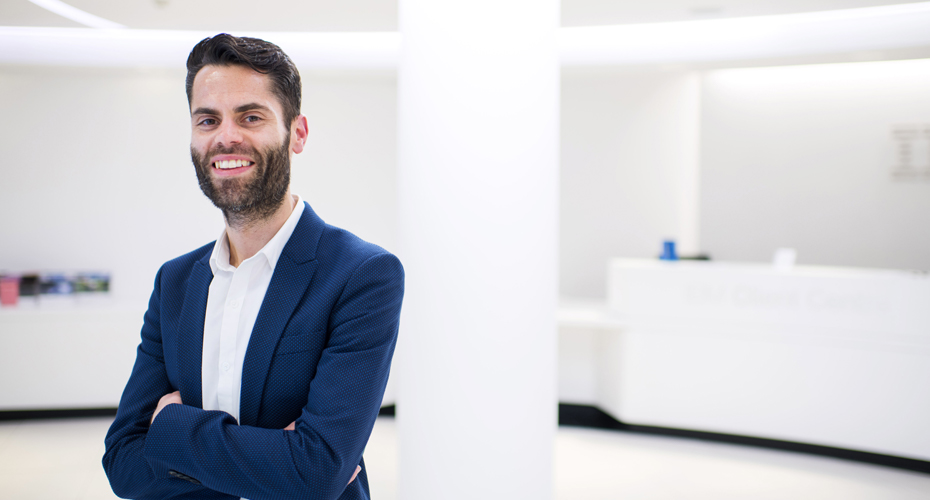 “Work had become more a challenge of quantity rather than quality.

After working in FMGC and pharmaceuticals for the last 15 years, I was keen to explore new areas such as the circular economy and ultimately connect my career to something which makes a difference to people and the planet.

Having worked at Kantar, Unilever and Perrigo across a variety of roles including sales, marketing and strategy, I chose to take a year away and study an MBA in order to find my next career challenge.

What drew me to The Exeter MBA was the focus on the circular economy, innovation and entrepreneurship.  I wasn’t considering an MBA originally as I had an idea they were more finance and strategy oriented.  It was actually seeing a quote from Paul Polman, former CEO at Unilever, in the prospectus which made me explore further.

I worked at Unilever whilst Paul was CEO and I have a great respect for what he has done both at the company and in the wider business world to bring the environment higher up the agenda, to prove that business can be done differently and that it can be an enabler to change not a blocker.

So far I have enjoyed lots and lots of exposure to new ideas, and met loads of inspiring people from businesses and within the University itself.  Specifically the modules on innovation, circular economy and 4IR have been brilliant and I’m also excited by my summer Consultancy Project with Feedback, an environmental campaign group based in London.

What I hope to take away from The Exeter MBA is a network of likeminded people from different industries and countries, as well as a much broader perspective on how to use business for social good.  I would also love it to be a springboard for me to run my own company or be involved in a startup.

Meeting and learning from a great many business people and entrepreneurs has been a huge benefit of studying alongside such a diverse cohort. Going back to uni having worked for quite a few years and being surrounded by a cohort who have done the same makes the experience very different to the first time round. It’s easier to apply the knowledge to business and hearing from so many business folk provides similar inspiration. Yes there’s some theory to learn but lots of it is just about engaging with new ideas and being given freedom to explore your interests. It’s definitely a course where you get out what you put in.

I would definitely recommend the MBA at Exeter for people thinking of career change.”