“I certainly haven’t had a very ‘typical’ path to starting an MBA, and The Exeter MBA made me realise that’s ok." 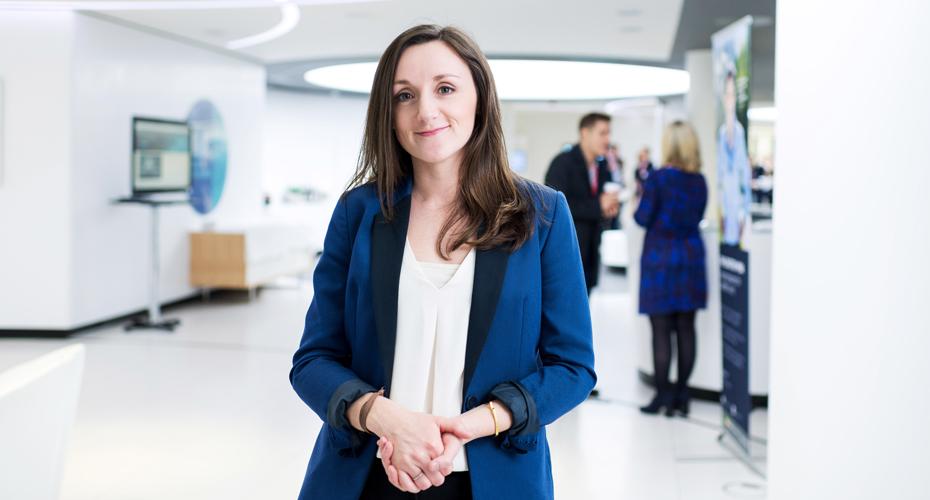 “I certainly haven’t had a very ‘typical’ path to starting an MBA, and The Exeter MBA made me realise that’s ok.

Having had children at the end of my undergraduate degree, I took some time off to look after them before returning to study teacher training, followed by a career in educational governance helping schools run the business side of education.

Two years ago, while I was working in educational governance, my family launched a tech start-up.  Initially I was involved in a small way, helping to test the product. I was spending more and more time on the project, so in May 2017 I moved away from education and into the start-up full time.

Our company, Link-ages, is an app that enables older people to access the digital world: enabling them to get online in a way that’s safe and enclosed. My mum had seen her parents struggle with trying to use technology and had struggled to get them online; they were in their 90s and lived independently but were missing out on all the benefits of being online like banking, shopping and communication services, and this is how the idea was formed.

I joined the company, and we launched four months later with the initial prototype of the app and began to build a user base. We did a quiet launch to test the market in real-time, then in April 2018 we won a years’ incubation with SetSquared after pitching our business, which was my first experience of pitching. We then got to the semi-finals of a Europe-wide aging technology competition in June, took on new developers in September, and hope to be pitching for investment during 2019.

I decided I wanted to study for an MBA to increase my confidence going into all the challenging new situations I now face, like pitching or business planning, and to have more of an academic grounding. On a personal level I’ve always wanted to pursue further study, so being able to achieve those things simultaneously is such an advantage.

Before applying I came in and spoke to the MBA team and put in my application later that week.

Unlike most MBAs, there’s not just a focus on corporate; there’s a big focus here on entrepreneurship and for me that’s really important. I love entrepreneurship, that slightly random, chaotic pace, and most MBAs don’t offer that opportunity. Most MBAs are focussed solely on getting to the next stage on the corporate ladder, but I wanted a course that balanced this with other types of opportunities, to give me options post-MBA.

The Exeter MBA’s focus on innovation, entrepreneurship, and ‘for a better world’ ethos were also important for me, by virtue of what I do and what I want to do afterwards. While my current company is for profit, there’s also a huge social agenda.

One of the best things about the programme so far is how diverse the cohort is and being able to work with people from a wide range of countries and backgrounds, because when you’re working it’s easy to get stuck in your little bubble. It’s also been completely immersive; I didn’t want to wait two or three years, so to complete the programme in 12 months and take all the new skills I’ve learned back into the start-up is a fantastic feeling.”