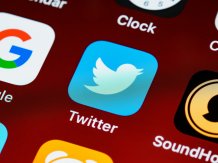 To conduct the experiment, the researchers identified 2,000 Twitter users, with a mix of political persuasions, who had tweeted out any one of 11 frequently repeated false news articles.

Correcting misinformation on Twitter may only make the problem worse, according to a new study.

In a Twitter field experiment, a research team from the University of Exeter Business School and MIT Sloan offered polite corrections, complete with links to solid evidence, in replies to flagrantly false tweets about politics.

But they found this had negative consequences, leading to even less accurate tweets and greater toxicity from those being corrected.

According to the study’s lead author Dr Mohsen Mosleh, Lecturer in Business Analytics at University of Exeter Business School, the findings were “not encouraging”.

“After a user was corrected they retweeted news that was significantly lower in quality and higher in partisan slant, and their retweets contained more toxic language,” said Dr Mosleh.

To conduct the experiment, the researchers identified 2,000 Twitter users, with a mix of political persuasions, who had tweeted out any one of 11 frequently repeated false news articles.

All of those articles had been debunked by the fact-checking website snopes.com. Examples include the incorrect assertion that Ukraine donated more money than any other nation to the Clinton Foundation, and the false claim that Donald Trump, as a landlord, once evicted a disabled combat veteran for owning a therapy dog.

The research team then created a series of Twitter bot accounts, all of which existed for at least three months and gained at least 1,000 followers, and appeared to be genuine human accounts.

Upon finding any of the 11 false claims being tweeted out, the bots would then send a reply along the lines of, “I’m uncertain about this article – it might not be true. I found a link on Snopes that says this headline is false.”

The reply would also link to the correct information.

The researchers observed that the accuracy of news sources the Twitter users retweeted promptly declined by roughly 1 percent in the 24 hours after being corrected.

Similarly, evaluating over 7,000 retweets with links to political content made by the Twitter accounts in the same 24 hours, the scholars found an upturn in the partisan lean of content and the “toxicity” of the language being used.

However, in all these areas – accuracy, partisan lean, and the language being used – there was a distinction between retweets and the primary tweets being written by the Twitter users.

Retweets, specifically, degraded in quality, while tweets original to the accounts being studied did not.

“Our observation that the effect only happens to retweets suggests that the effect is operating through the channel of attention,” said co-author Professor David Rand from the MIT Sloan School of Management, noting that on Twitter people seem to spend a relatively long time crafting primary tweets, and little time making decisions about retweets.

He added: “We might have expected that being corrected would shift one’s attention to accuracy. But instead, it seems that getting publicly corrected by another user shifted people’s attention away from accuracy – perhaps to other social factors such as embarrassment.”

The effects were slightly larger when being corrected by an account that identified with the same political party as the user, suggesting that the negative response was not driven by animosity towards counter-partisans.

The findings seemingly run in contrary to a previous paper by Dr Mosleh and the research team, published in Nature in March, showing that neutral, non-confrontational reminders about the concept of accuracy can increase the quality of the news people share on social media.

“Unlike the subtle accuracy nudges, direct public corrections were found to make things worse. This shows how complicated the fight against misinformation is, and cautions against encouraging people to go around correcting each other online,” said Dr Mosleh.

“Perverse Downstream Consequences of Debunking: Being Corrected by Another User for Posting False Political News Increases Subsequent Sharing of Low Quality, Partisan, and Toxic Content in a Twitter Field Experiment,” is published online in CHI ’21: Proceedings of the 2021 Conference on Human Factors in Computing Systems.