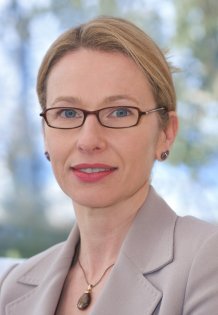 NHS leadership that more fairly represents women in senior roles is “essential, overdue and needed now”, according to research carried out by the University of Exeter Business School on behalf of the NHS Confederation.

In a new report entitled Action for Equality: The Time is Now, Professor Ruth Sealy, Associate Professor in Management, has found that while progress has been made to increase the proportion of women in leadership roles across the health service, there is much more to do to meet the NHS’s target for 50:50 representation this year, as set by the NHS regulator in 2016.

On average, fewer than half (44.7%) of executive and non-executive roles across NHS trusts are held by women – an improvement from 39% in 2017 – however, there is significant variation in representation across individual organisations, ranging from as low as 15.4% all the way up to 77.8%.

The research, which was commissioned by the NHS Confederation’s Health and Care Women Leaders Network, also found variation in how women are represented in the specific roles.

Women would need to be in an additional 150 executive and non-executive directorships, including 40 medical director and 50 chief finance officer roles across NHS trusts and arm’s length bodies to achieve the European Commission’s definition of gender balance of 40 to 60 per cent. In 2017, this figure stood at 500.

The research finds that there has been the greatest progress with female representation in non-executive roles, where over two-fifths (40.9%) are now women – an increase from 37% in 2017.

The proportion of women in chief executive roles has increased in the same period from 42.6% to 45.5%.

Ambulance trusts were found to have the lowest proportion of women holding board-level positions with just 38.8 per cent, compared with community trusts and mental health trusts which have 50.5 and 51.5 per cent respectively.

Professor Sealy said: “Our report includes analysis of board-level data on over 3,000 directors across NHS trust boards in England and arm’s length bodies, and over 70 in-depth interviews with board chairs, directors, and women aspiring to directorship positions. Comparing the data from the 2017 report, we can see that some progress has been made. But having detailed disaggregated board data allows us to see where the blockages remain.

“A unique contribution of this report is that it focuses on the behavioural responses required of senior individuals within the NHS boardrooms to ensure real progress: the why, what and how of achieving boardroom diversity.

Sam Allen, chair of the NHS Confederation’s Health and Care Women Leaders Network and chief executive of Sussex Partnership NHS Foundation Trust, added: “It is well-established that boards which properly reflect the communities and staff they serve lead to stronger decision-making and better outcomes for patients.

“The NHS has made progress but there remains much more for leaders to do in order to achieve consistent and meaningful gender balance.

“We must move away from the concept that gender balance is tokenistic or a ‘nice to have’, to something which is essential, overdue and needed now. This requires an inclusive and compassionate approach to leadership with everyone in these vital positions held to account for their contributions.”

The report follows Professor Sealy’s 2017 review into the lack of gender parity on NHS boards. NHS Women on Boards: 50:50 by 2020 examined the steps the NHS needed to take to reach the target of equal gender representation on boards by 2020.

The NHS Confederation’s Health and Care Women Leaders Network has made a number of recommendations in its report, including the need for chairs of NHS organisations to have explicit objectives to support diversity across their boards, and for clear succession plans to be set up to improve female representation, particularly in medical director and chief finance officer roles, with emerging leaders at mid and senior levels given the opportunity to experience board-level working.

To track progress, the network is calling for diversity data to be regularly reported to NHS boards and for the ‘well-led’ framework, which the Care Quality Commission uses on its inspections of health and social care services in England to cover specific reviews of board appointment processes, including whether chairs are proactively increasing diversity.

Danny Mortimer, deputy chief executive of the NHS Confederation and chief executive of NHS Employers, said: “If we compare thediversity of the NHS’s leadership in 2017 with the position now, we can see there has been some progress made in gender representation but we are not where we need to be. The challenge for race and ethnicity is even greater.

“The NHS is the largest employer in this country, with a workforce of 1.4 million people of which more than 1 million are female. It is leading by example but at a time when the NHS is experiencing the greatest challenge in its history, it is vital we make full use of all the existing and emerging talent at our disposal.

“This report points to the action that national, professional and local leaders can take to improve the diversity of leadership in the NHS.”