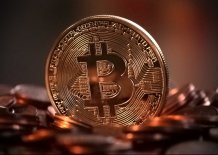 Hear from leading Bitcoin developers at University of Exeter event

One of the earliest developers of Bitcoin will explain how the digital currency works and its potential to transform world trade at a University of Exeter event.

Computer scientist Dr Craig Wright will join academics to discuss how Bitcoin could be used for the benefit of everyone in the future. Dr Wright is Chief Scientist for nChain – the global leader in research and development of blockchain technologies. He has been involved with Bitcoin since 2009, and is one of the earliest minds behind the crypto currency. His colleague Jimmy Nguyen, Chief Executive of nChain, will also speak.

The event has been organised by University of Exeter Business School academic Dr Jack Rogers, and economics student Sebastian Ploetzeneder, who invited Dr Wright and Mr Nguyen to the University after meeting them at a conference.

Bitcoin is a way of paying for goods and services without using a bank. Computer scientists are working so that it can be used around the globe, and it has the potential to help communities in developing countries who find it hard to access normal banking services.

Dr Rogers said: “It is a real privilege to welcome the greatest minds working on Bitcoin to the University of Exeter. While we are perhaps still in the boom phase of this new technology, it is inevitable that its price is volatile, and that unscrupulous ‘get-rich-quick’ scams are mushrooming. This combined with the fact that it has facilitated criminal activity and uses a lot of computational power has led to a lot scepticism. It is developing rapidly, with many entrepreneurs competing, and it has the potential to transform every aspect of money, finance, and many other services that boil down to the purchase of ‘trust’.

“This is a chance for people to ask Craig and Jimmy how bitcoin operates, how it could replace other currencies and whether in the future there could be just one form of global money. The panel will also discuss the implications it has for the way governments manage macroeconomic stability, and the impact it may have on people in underdeveloped countries.”

Dr Wright has previously been vice president of CSCSS (Centre for Strategic Cyberspace and Security Science. He has also worked on systems that protected the Australian Stock Exchange, and has trained Australian government and corporate departments in SCADA Security, Cyber Warfare and Cyber Defence.

Mr Nguyen joined nChain after a 21-year career as an intellectual property and digital technology lawyer. He was formerly Chair of the State Bar of California’s Intellectual Property Law section, and co-chaired the Beverly Hills Bar Association’s IP, Internet and New Media section.

The event will be held on Friday, 4 May from 5:30 to 8pm in the Forum Alumni Auditorium at the University of Exeter. To register go to https://www.eventbrite.co.uk/e/the-future-of-bitcoin-cash-tickets-45132359101.