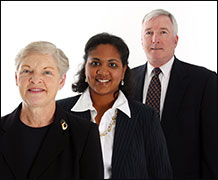 British workers who are disabled, older, female and from an ethnic minority could be losing tens of thousands of pounds over their working lives due to pay discrimination, according to new research from the University of Exeter Business School.

This is the first time that research has quantified the impact on pay for people with two or more labour market disadvantages. More importantly, it shows that the pay penalty of each disadvantage is cumulative rather than additive therefore magnifying the negative outcome – termed the ‘snowballing effect’ by the researchers. Finally, it also shows that women are disproportionately negatively affected in comparison to men.

Prof Carol Woodhams from the University of Exeter Business School said: “Whilst pay penalties related to gender and ethnicity have been well researched, our work shows the shocking implications for people’s pay if they have two or more labour market disadvantages. If you also happen to be a woman, the negative effects are even worse.”

By analysing more than a million data points from the payroll data of a large, single UK private sector company the team were able to pinpoint the exact financial amount of the pay penalty relating to each disadvantage. They uncovered that this cumulative effect amounted to almost four times what you would expect to find by adding them together, equating to a pay gap of more than £5,000 annually.

Carol Woodhams explains: “Our research is significant because this is a hitherto unacknowledged problem. Even during the parliamentary debate on the Equality Act, it was specifically noted that there was a lack of an evidence base pertaining to this issue. We have now published the evidence, and hope that policy-makers and employers will review both the legislative framework and practices to ensure that this is recognised and dealt with.”

A proposal to allow for the special effects of dual discrimination introduced under the Equality Act was dropped in February 2010 prior to its implementation in April of that year. The UK government, debating the inclusion of clauses about discrimination on the basis of multiple characteristics within the Equality Bill, stated that “there is evidence of people experiencing discrimination because of a combination of two protected characteristics, but insufficient evidence of cases involving more than two to warrant further regulation” (Hansard, 2009).