This workshop will be an introduction to experimental methods in social science, with a particular emphasis on causal inference. We will start with some historical examples of important randomized control trials, and why that was such an innovation methodologically. We will discuss practical design and implementation issues for lab experiments, survey experiments, and field experiments – likely with an emphasis on the latter, but subject to audience demand. Finally we will work through some examples, beginning with whether an experimental approach is warranted and how it can substitute or complement other techniques. 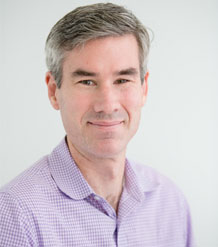 Julian received BS and MS degrees in pure mathematics from Caltech before going on to his PhD in game theory from MIT. In addition to having served as an assistant professor at Northwestern University (Kellogg School of Management), he has spent time as a fellow and/or visiting faculty member at UC Berkeley (Public Health); UC San Francisco (Medical School); University of Southern California (Psychology); Caltech (Social Science); HEC Paris (Finance); Yale (Economics); and Harvard (Kennedy School of Government). He spent nine years in the public sector, within the US government and the World Bank, before returning to academia to join the University of Exeter in 2018.

Julian’s research focuses on the interaction between individual preferences, decisions, and well-being on the one hand, and institutional policies on the other, including explicit welfare tradeoffs. He uses a wide range of methodological approaches, ranging from mathematical theory to lab & field experiments to formal rhetoric to surveys to large administrative data. Much of his work has taken place in more than a dozen developing countries (especially in sub-Saharan Africa), with a particular sectoral focus on health and financial behavior, but he is easily tempted in new directions.

Julian’s work has been published in academic journals spanning a wide range of disciplines, and it has been mentioned in media outlets such as The New York Times, Foreign Affairs, The Wall Street Journal, National Public Radio, Forbes, Foreign Policy, The Washington Post, Bloomberg, and The Economist. He has consulted for the US National Institute of Mental Health, NASA, the US Army, Bates White, Lockheed-Martin, and GiveWell. Julian learns a lot by traveling for work and leisure, having been to over 80 countries so far. He once received a special award in physics at the 1987 science fair in Washington, DC.