My particular expertise is to help individuals reach their full leadership potential and assist with their change management issues. 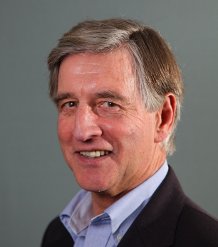 Alan’s first career was in the Royal Marines. During a distinguished military career, he commanded the Falkland Islands RM Detachment, served in the Ministry of Defence, was Chief of Staff of the British Military Training Team in Zimbabwe, and commanded 40 Commando Royal Marines. He retired in 1990 at one star rank and his final appointment was Commandant of the Commando Training Centre, Lympstone, the largest establishment in the Royal Marines.

In 1990, he joined the University of Exeter and launched the Postgraduate Diploma/MA in Leadership (the only course of its kind in Europe) in 1992. He was the Founding Director of the Centre for Leadership Studies from 1997-2002.

Alan has been consulting in the field of leadership since 1992. He operates in a variety of roles including public speaking, facilitator, executive coach, consultant and programme delivery. His clients include the Home Office, the Armed Services, the NHS and the voluntary sector plus a number from the private sector.

He operates at a senior level of management and his particular expertise is to help individuals reach their full leadership potential and assist with their change management issues. His reach is both national and international.

Alan’s research interests include the realities of strategic leadership (largely through conducted interviews with chief executives).

The Military and the Media (Gower, 1982). He is also joint author with John Potter of The Business of Leadership (Ashgate, 1997), Intelligent Leadership: Creating a Passion for Change (Random House, 2000) and Developing Strategic Leadership Skills (CIPD, 2005). He is also Editor of Leadership Perspectives (Ashgate, 2006).

Alan is a Fellow of the Royal Society of Arts, a non-executive Member of Western Provident Association Ltd, on the National Council of the Reserve Forces and Cadet Association and the Council of St John Ambulance, Devon, and a Trustee of Wellington School. He is also a Deputy Lieutenant of Devon.

Married with two grown-up sons, his interests include sport and music (he sings with Taunton Vale Male Voice Choir). He is a former Chairman of the Royal Navy Hockey Association, has represented the Royal Navy and Gloucestershire at hockey, the Royal Marines at rugby and is a keen golfer.