Looking for leadership among the otters of Malo Para 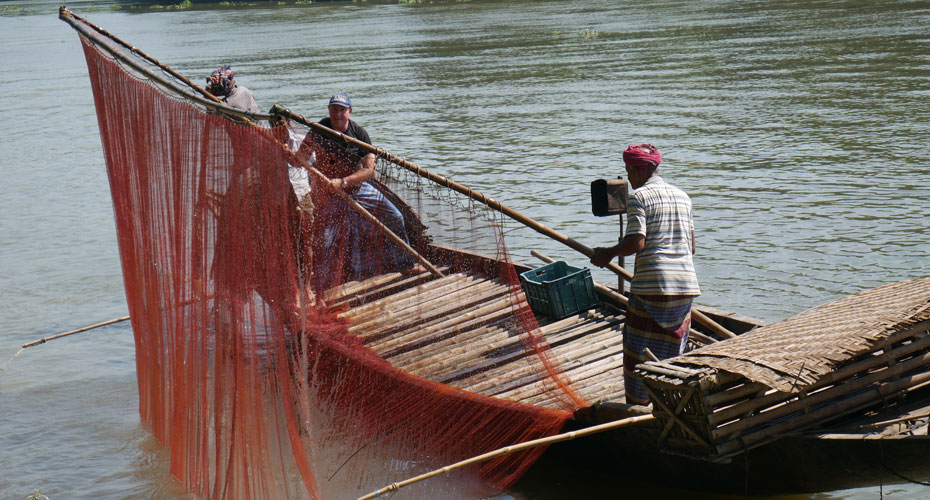 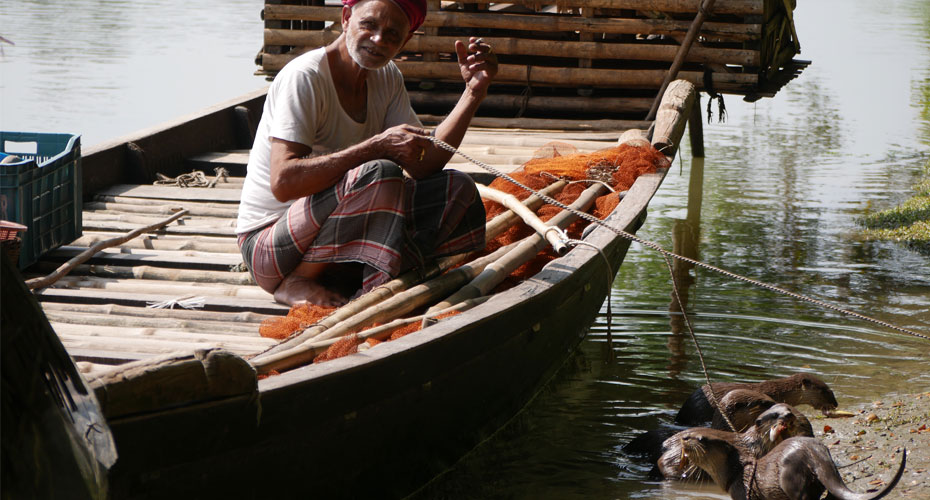 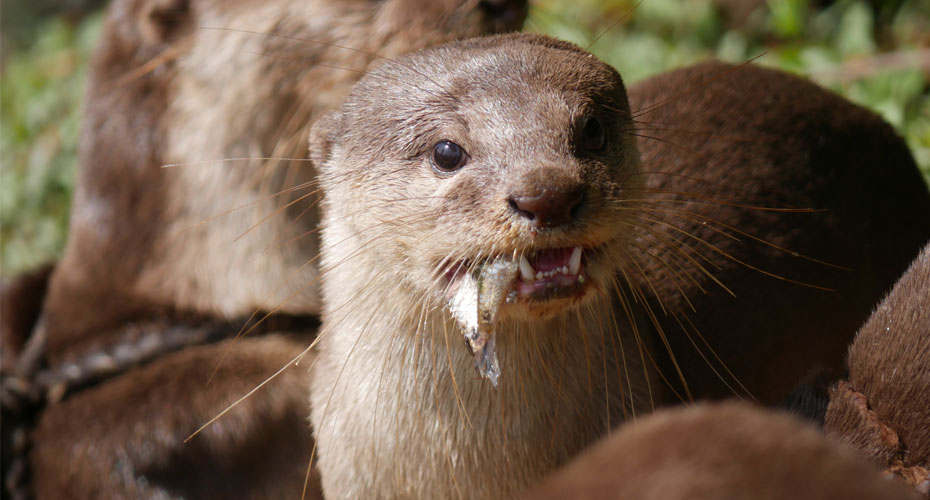 The moonlight illuminates the surface of the river channel, silhouetting the vegetation that spills from the banks into the water.  Soft voices murmur commands and the air is filled with the ululating calls of women calling the gods in to their homes as part of the evening ritual. The bow of the boat softly slides through the water and splashes announce that we are being followed by a pod of dolphins looking for an easy catch.  Interlacing the soundscape is a constant squeaking and the creaking of bamboo as the net is raised.  Over the side of the boat ten Asian short-haired otters are hunting in partnership with the crew; this is otter fishing in Bangladesh.

In November 2017, I decided to spend a couple of weeks living with the otter fishing community of Malo Para in Western Bangladesh, situated on the banks of the Gobra Khaal channel, immediately upstream of the large River Chitra.  I was hosted by Vhoben and Konika Bishas and their four children and lived with them throughout the time, conducting interviews by day and fishing with Vhoben and his crew by night.  I had come to investigate whether the need for a collaborative approach when fishing with otters had informed a culture of shared leadership within this traditional community.

Malo Para is a wholly Hindu village, founded by a single family over three-hundred years ago and its otter fishing tradition can be traced back to these first individuals.  There are around three-hundred families and at one time, all made their living from otter fishing.  Economic and population pressures have led to a substantial decline in this centuries-old tradition and now only four families practice this tough but enduring way of life in the village.  Where relatively recently there were at least sixty boats and hundreds of otters, there are now only four boats and sixty otters; otter fishing may have vanished from here within less than a decade.

My research unveiled a highly collaborative and adaptive leadership culture, where everyone was encouraged to contribute to the success and future of the community, through a series of both formal and informal structures, which gave voice to all. Smriti Bishas’ view of leadership reflected that of most of the others I spoke to: “outside of the family, each and everybody is a leader. In some situations, I will listen to one person, in others we all listen to someone else and sometimes, people will listen to me.  everybody can lead, it just depends on the situation.  There are opportunities for different people in different settings… Maybe this attitude is related to our relationship with the otters, who only work if they want to.  A successful relationship is about a good partnership, not force.”

Gupal Bishas expanded on her idea “A thoughtful involvement is essential to the success of the village and a healthy community environment.  What I mean is everyone should be represented with every family having a voice and there should be 100% participation in discussions and decisions, especially when we are considering our future.”

Although my time was short and meant that any findings lack rigour, I found much evidence of a highly collaborative and distributed form of leadership in this warm and welcoming community.  I was privileged to experience a form of life that has shaped the culture and structure of the local area across three centuries, knowing that within five years it is possible that my host might be the sole remaining otter fisherman in Malo Para.  Sheikh Aktar Hussein of the neighbouring Pachuria Village reflected on the otter fishermen and what they mean to the people who live along the Chitra river basin:

“This tradition is fascinating to us.  At night, we see the otter fishermen’s lamps and on a moonlit night we can see them at work; we hear the otters calling and the men giving quiet instructions to each other.  On a beautiful moonlit night, this represents our life and traditions here on this river.  City life can never be like this.  This is what the otter fishermen mean to me.”