I have a passion for creating the environment and holding the space to enable others to learn and develop their skills in the area of leadership development. 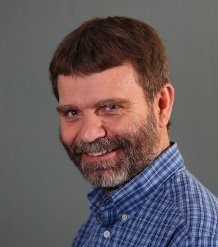 Jamie started his career in the 1970’s as a Town Planner for a District City Council in the UK. He moved to the United Stated in 1980 and worked in a variety of roles in development training using the outdoors as one of many training vehicles.

In 1984 he founded a training and development group in the United Kingdom which over time become a executive development consulting practice, based in the UK and operating in the UK and in a variety of other countries around the world.

Jamie formed a training and development practice in 1984 which went on to focus on Executive and Leadership development in the 1990’s. Jamie works with clients from his own practice and in partnership with a number of other global and small niche consultancies

Main types of role with clients

Main activities and with whom

I have a passion for creating the environment and holding the space to enable others to learn and develop their skills in the area of leadership development.  I do this is through building strong trusting relationships as a coach, and facilitator, enabling those I work with explore, challenge their assumptions and make positive change happen, in a safe environment.  I bring a wealth of experience and knowledge from the hundreds I have engaged with over the years from spread of industries, cultures and professions, and a strong desire to share this with others.