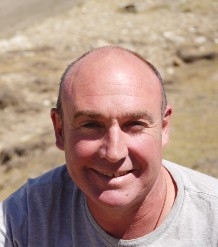 
Justin Featherstone is an honorary Leadership Fellow at the Business School, as well as a leadership consultant and expedition leader. He is also an adjunct lecturer on leadership at the University of Llubljana in Slovenia, where he has lectured on the MBA since its inception. He has worked with a variety of public sector and commercial organisations both in the UK and overseas and specialises in helping people develop compassionate shared leadership and resilience, in order to be the best they can be.

A former Major in The Princess of Wales’s Royal Regiment, he deployed on various operations over his eighteen years’ service, including commanding a Company in Southern Iraq in 2004.  He left the Army in 2007 and his final posting was as the principal leadership staff officer at the Royal Military Academy Sandhurst.

A keen mountaineer and whitewater kayaker, he has led and participated in over thirty overseas expeditions to the mountains, rivers and rainforests of the world.  He was awarded the Military Cross for his actions in Iraq and is both a Fellow of the Royal Geographical Society and a member of the Alpine Club.  He has an interest in researching leadership and the place of kindness in traditional communities around the world.

Justin is a qualified Winter Mountain Leader, whitewater kayaking coach and climbing instructor and when not working, is often found relaxing in the wild spaces on his Devon doorstep.

Justin has spent time among the Cabecar of Pacuare, Costa Rica, the otter fishermen of Malo Para, Bangladesh and the Konyaks of Nagaland, India, researching their approaches to leadership and community and particularly the place of kindness in their practice.

Justin has a passion for experiential learning and uses the outdoors in his practice wherever possible. He also uses horse-led learning to develop a practical understanding and felt sense of emotional intelligence, relationship building and leadership.

His interests include shared leadership; vulnerability and kindness as strengths and sources of resilience; ethical leadership and moral courage and decision making.