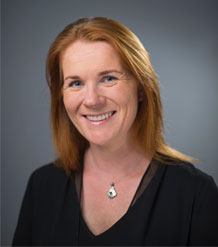 Siobhan studied Spanish and Business at University and then completed a PGCE in Modern Foreign Languages.  During this time she also spent a year living and working in both Spain and Canada.  She subsequently taught Spanish and French in a secondary school before leaving to train as a Chartered Accountant with Deloitte.

Once qualified, she worked for PKF where she also joined her skills together and taught the PKF Chartered Accountant students.

Siobhan has spent the last 9 years working for the ICM Group on the Isle of Man. She joined ICM as their Group Accountant in 2005 and quickly moved to be their Finance Director in 2007, a position she held for 7 years until leaving to join the University of Exeter.

The ICM Group deals in niche areas for high net worth clients, dealing largely in yachts, aircraft and property portfolios.  During her time at ICM, the Group expanded rapidly and she was involved in opening offices and developing new sectors in Monaco, Jersey, central London and Amsterdam.

Siobhan joined the Business School as Head of Finance in November 2014.