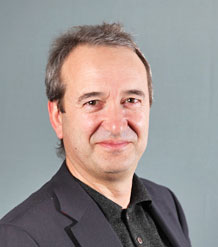 Trained as an anthropologist, Professor Jonathan Gosling worked for several years as a mediator in neighbourhood conflicts in London, founded the UK‘s first community mediation service and was the founding Secretary of the European Conference on Peacemaking and Conflict Resolution. After taking a mid-career MBA, he moved into management education at Lancaster University, where he directed the MBA and other programmes for British Airways and other major companies. He co-founded, with Henry Mintzberg and three other malcontents, a new approach to management education, the International Masters in Practising Management. This takes place in six countries around the world, and has been the springboard for several subsequent innovations in helping practising mangers to improve the way they manage. Professor Gosling also played a significant role in the so-called ‘critical management‘ movement, launching an influential MPhil and PhD and contributing to the development of specialist conferences and interest groups. At Exeter he led the growth of leadership studies towards a consisted research and publishing profile, significant contributions to undergraduate education, and  headed Executive Education for several years. In 2009/10 he collaborated with Jean-Paul Jeanrenaud at WWF International to co-found the One Planet MBA, the first MBA designed explicitly to build on the implications of a fundamental but seldom-questioned assumption: that we have just one planet - and we’ve all got to get along on it!

Amongst the many questions posed by this approach is  ‘How will value be negotiated in the food and agriculture supply chain?', where producers vie for control with international companies, and nature is valued in different, often incommensurable ways. This complex issue is crucial to enabling peace, health and environmental sustainability across the world, and could be a driver for economic reform; Prof Gosling has co-founded Business, Nature Value, a multidisciplinary, international research cluster to address the issue.

Professor Gosling has published articles in Harvard Business Review, Sloan Management Review, Leadership, Management Learning, Academy of Management Learning and Education, and in many more practice-oriented outlets. He is currently finalising a text book based on the One Planet MBA. His most recent book is Napoleonic Leadership: A study in power (Sage, 2015); following his Nelson‘s Way: Leadership Lessons from the Great Commander, published for the 2005 bicentenary of the Battle of Trafalgar. Both books underpin popular talks and workshops on contemporary strategic leadership. Prof Gosling has also written several core texts on leadership, including ‘Key Concepts’ titles for Rutledge (2008) and Sage (2013); a successful text book Exploring Leadership: Individual, Organisational and Social Perspectives for Oxford University Press (2011, with colleagues at Exeter); and several other collections including one on leadership lessons from fiction.

Professor Gosling advises several companies, international agencies and government departments on their leadership-related issues, and is Lead Faculty member on the Forward Institute’s ‘responsible leadership programme’ 2015-'16.  He is a Fellow of the Leadership Trust Foundation ,Trustee of the JH Levy Trust,  a co-director of the European Leadership Centre , and a director of Coaching Ourselves Inc.

As former director of the Centre for Leadership Studies (2002-2009), he works with a world-wide first-rate team of researchers, teachers and consultants collectively making a significant impact on both the understanding and practice of leadership.

Professor Gosling is currently (2015) Visiting Professor in the School of Philosophy at Renmin University of China, where he delivered a series of lectures on the Philosophy of Leadership. He held an Otto Mønsted Fellowship at Copenhagen Business School (2014), working on ’the pleasures of power’;  was 2009 Distinguished Visiting Professor of Leadership Development at INSEAD, France, working on experiential methods in leadership development; and has held similar posts at at McGill University, Quebec; Lund University, Sweden; and IEDC Bled School of Management, Slovenia.

He retired from Exeter in July 2015, much before the official retirement age, in order to focus on more immediate and impactful contributions to society; he remains active as an Emeritus Professor at Exeter, and can be contacted at http://www.jonathangosling.com

Leadership and management development. Much of Professor Gosling's work for the past 10 years has been focused on elucidating the contribution made by various interventions in organisations, ranging from formal management training to collective narrative processes (indicative publications: Gosling, 1996; Gosling and Mintzberg, 2002 (Runner-up, best published paper, Academy of Management), 2003, 2004; Bolden, Gosling and Wood, 2005; Gosling and Purg, 2007). Several of these publications have given rise to substantial debate, press coverage and further publications in industry journals. A recently completed two-year research project for the Leadership Foundation for Higher Education has produced numerous reports and articles (see references to Bolden, Gosling and Petrov below); and a follow-on project examining the relationships between HEIs and businesses in the SW. Current research focuses on how technical experts and 'deal-makers' can be assisted to 'step up to leadership', especially in international, multi-cultural organisations.

Leading continuity and change. Much of what leaders and managers actually do is clearly aimed at sustaining the continuity of operations and, more importantly, of a shared identity in their organisations. Professor Gosling has examined the activity of managers and the structure of managerial tasks in a number of situations, with a medium-term aim of developing a theory of continuity. Early work looked at conflict resolution processes (Gosling 1994a, 1996; Linstead, Gosling et. al., 2004), but is now focused more directly on general leadership roles.

Psychoanalytic perspectives on leadership studies. Some of Professor Gosling's earlier work on management development drew on the work of Wilfred Bion as a basis for analysing group dependency on teachers and facilitators (Gosling and Ashton, 1994). Later work on community identity and leadership (Gosling, 1996b) drew on John Bowlby's theory of attachment, though Professor Gosling has returned to Bion's application of Kleinian theory in more recent work - of which an early paper was nominated for the 'best paper' award at the American Academy of Management (Gosling and Western, 2004). A new branch of this work now underway is to link the psychoanalytic concept of 'containment' to classical concepts of 'care of the self'. This builds on Professor Gosling's earlier work on Platonic influences on leadership theory (Gosling, 1996a) and links to shared interests with his former colleague in CLS, Prof. Peter Case (Case and Gosling, 2007). This has now evolved into a continuing series of enquiry and papers, linking pre-modern wisdom traditions to contemporary systems psychodynamic concepts (French, Case and Gosling, 2009; Gosling and Case, forthcoming).

Fundamental concepts of leadership. Professor Gosling has worked on the predominance of psychological constructs in the leadership canon, and articulated alternatives drawn from analytic language philosophy (with Antonio Marturano, former Research Fellow), to appear in Philosophy and Management in (Marturano, Gosling and Wood, 2010). This paper makes important links to an earlier debate in the literature (Organization Science, 1992 and 1993) with innovative solutions to conceptual problems raised at that time; and points to further links to infomatics, genetics and bio-ethics. In the meantime, Professor Gosling has published 'Leadership: The Key Concepts' (Marturano and Gosling, 2008, Routledge).

Jonathan is a member of the ESRC Centre for Sports, Leisure and Tourism Research.

Professor Gosling's teaching is focused on the practices of leading and managing, aiming to directly confront the difficulties, excitements, motivations and effects. In some circumstances, he approaches this through experiential methods (derived from systems psychodynamics) in a highly participative manner. At other times, he pursues a more philosophical mode of enquiry into questions such as ‘what is the right thing to do?‘, ‘what is a leader responsible for?‘ and ‘what are the most important things to get right?‘. Another approach is to examine some of the more colourful leaders from history, to analyse their particular talents and madnesses, as well as the other actors and circumstances that contributed to their successes (and failures).

The following list shows a selection of programmes taught on behalf of Exeter University. For other offerings please contact Prof Gosling directly.