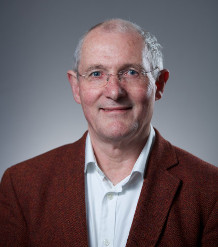 Gordon Murray is Professor Emeritus in Management (Entrepreneurship) at the University of Exeter Business School. Former academic positions include being a full-time faculty member of both Warwick and London Business Schools. Particular long-term research interests include: public policy support for high potential and innovative young firms; how national venture capital (VC) industries have evolved over time; the role of government policy actions in VC and Business Angel (BA) industry development; entrepreneurship policy formation; the identification and support of high growth young firms (‘gazelles’) and the genesis, growth and internationalisation of new technology-based firms.

Dr Murray has provided specialist advice and published research reports on the financing of enterprise/innovation policy to the UK government’s Enterprise Directorate and HM Treasury, the UK’s National Audit Office, the British, European and Australian Venture Capital Associations, the European Commission, the Finnish Ministries of Education and the Economy, the New Zealand Government and the Australian Commonwealth Government. He has been involved in the formal evaluations of enterprise and innovation related, public policy programmes in Australia, Denmark, Finland, Ireland, New Zealand, Sweden and the United Kingdom. In 2010, he became involved in a review of venture capital policy for the Chinese government in a project involving Tsinghua University Beijing and managed by the World Bank and the CPR Ministry of Finance. In the same year he was invited to be on an expert panel assessing the Innovation Policy plans of the Finnish government. In 2014, he and Professor Cowling evaluated the Danish public VC activities of the Vaekstfonden (Danish Growth Fund) programme at the invitation of the Danish government. In 2015, Professor Murray was invited by the Swedish Agency for Growth Policy Analysis (under the aegis of the Swedish Ministry of Trade and Industry) to manage an expert international team of academics advising Tillvaktanalys in designing the final evaluation of the Swedish Co-Investment Fund Initiative. Additional evaluation work is also being done on the EU’s demand for venture capital Fund of Fund resources for DG-Research. In 2016, the World Bank has asked Professors Murray and Marc Cowling to help advise on the creation and operational details of a Seed VC Co-investment Fund in Croatia.

A new area of work is focused on Crowdfunding and particularly Equity Crowdfunding. This new direction is consistent with over 20 years of work on entrepreneurial finance. He has been an active participant in NESTA meetings in this area and in 2015 was invited to produce a briefing paper (20pp) on the policy implications of crowdfunding regulation for the Australian Commonwealth government via the Institute of Public Accounts. He is currently writing a review paper (Ten Meditations on Public VC) on the lessons that 40 years of UK venture capital and business angel focused government policy may have for equity crowdfunding.

An over-riding professional interest is to forge stronger links between the international academic research community and the architects of public policy in areas of enterprise and innovation. In his areas of expertise, Professor Murray is a supporter of appropriate, informed and (critically) rigorously evaluated, government intervention. Similarly, Professor Murray is interested in the platforms by which in cross-border policy learning can be encouraged. By such means, it is hoped that the term ‘evidence-based policy’ can become more than an often over-used and under-applied political statement. Professor Murray was also a founder (academic) member of the Research Advisory Board of the British Venture Capital and Private Equity Association in 2012. He is currently an invited expert adviser to the European Institute of Innovation & Technology (http://eit.europa.eu).

In June 2012, Professor Murray was awarded the Order of the British Empire (OBE) for his services to business in HRM Queen Elizabeth II’s Jubilee Birthday Honours List.

In 1988, I decided to change my career at the age of 41 and become a full-time academic.  This involved a fundamental and very challenging change of discipline and subject interest.  Joined Warwick Business School, University of Warwick in 1988 prior to moving to London Business School in 1999 and University of Exeter in 2003.

I am currently an Emeritus Professor at the University of Exeter. The majority of my professional time is spent on government policy-related enquiries on Entrepreneurial Finance.  I have been involved with several official evaluations of government programmes as the external expert on venture capital. My remaining professional time is allocated to research activities (including related consultancy projects) with long term academic co-authors including professors Marc Cowling, Regis Coeurderoy and Marrku Maula. Projects have a strong policy interests and focus on Entrepreneurship/ Innovation subjects related to young innovative companies. Major project collaborations have recently been conducted in Australia, China, Denmark, Finland, Sweden, and the UK.