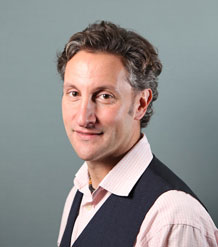 Before joining the University of Exeter Business School, Gary Abrahams worked for 14 years at UBS Investment Bank in Fixed Income. He worked his way up to the position of Managing Director running the bank's Northern European FIG DCM franchise. He achieved a number of team and individual successes while at UBS, with the two most notable being awarded FIG DCM Banker of the year in 2008 by Euroweek, and being voted as a top 100 Global Bankers by Brendon Wood in 2007.

Gary retired from the City in 2008 to pursue his passions in academia and also to have more time for his family and his other great passion in life, which as a South African is typically sports.

Before working at UBS, Gary spent three years at Price Waterhouse and 18 months at the University of Cape Town as a lecturer in the Department of Accounting.

Gary is particularly interested in the recent financial crisis; the causes, the consequences and the lessons that can be learnt from it.